What Causes of Death are not Covered by Life Insurance? 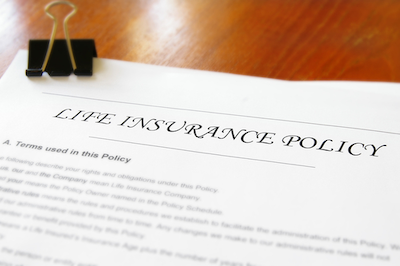 The death of a loved one is hard to take and while a life insurance payout can ease the burden and allow you to continue leaving comfortably, it won’t take the grief or the heartbreak away. What’s more, if that life insurance policy refuses to payout, it can make the situation even worse, adding more stress, anxiety, anger, and frustration to an already emotional period.

Find the Right Life Insurance for You!

Tip: Act now to see if you qualify for lower rates!

But why would a life insurance claim be refused; what are the causes of death that may cause your life insurance coverage to become null and void? If you or a loved one has a life policy, this article could provide some essential information as we look at the reasons a death claim may be refused.

What Causes of Death are Not Covered?

The extent of your life insurance coverage will depend on your specific policy and this is something you should check when filing your life insurance application. Speak with your insurance agent, ask questions, and always do your due diligence so that you know what you’re buying into and what sort of deaths it will provide cover for.

Life insurance policies have something known as a contestability period, which typically lasts for 1 to 2 years and begins as soon as the policy starts. If the policyholder dies during this time, they will investigate and contest the death.

This is generally true whether her you die of a heart attack, cancer or suicide. However, if this period has passed, they may only contest the death if it results from one of the following.

Suicide is a contentious issue where life insurance is concerned. On the one hand, it’s a very serious issue and one that’s often the result of mental health problems, so there are those who believe it is deserving of the same respect as any other illness.

On the other hand, the life insurance companies are concerned that allowing such coverage will encourage desperate people to kill themselves so their loved ones will be financially secure.

It’s a touchy subject, and that’s why many companies refuse to go anywhere near it. Some will outright refuse to pay out for suicide, but the majority have a suicide clause, whereby they only payout if the death occurs after a specific period of time.

If it occurs before this time, they may return the premiums or pay nothing at all. And if they have reason to believe that the policyholder took their own life just for financial gain, they will almost certainly investigate and may refuse to pay.

If you die in a car accident and it is deemed that you were driving drunk, your policy may not payout. Car accident deaths are common, and this is a cause of death that policies do generally cover, but only when you weren’t doing something illegal or driving recklessly.

Deaths from extreme activities like bungee jumping or skydiving may be questioned, especially if these hobbies were not reported during the application.

Your claim can be denied if you are committing an illegal act at the time of your death. This can include everything from being chased by the police to trespassing. A benefit may also be refused if you die for an intentional drug overdose using non-prescription drugs.

Honesty is key, and if you lie during the application or “forget” to tell them about your smoking status or pre-existing medical conditions, they may refuse to payout. It doesn’t matter if they performed a medical exam or not; the onus is not on them to spot your lie, it’s on you not to tell it in the first place.

This is one of the most common reasons for an insurance contract to be declared void, as applicants go in search of the cheapest premiums they can get and do everything they can to bring those costs down. They may also believe they will get away with their lies, either because they will give up smoking in a few months or years or because they will die from something other than their preexisting condition.

But lying in this manner is risky. You have to ask yourself whether it’s worth paying $100 a month for a valid policy that will payout without issue or $50 for a policy that will likely be refused and will cause endless stress for your beneficiaries.

Life insurance benefits generally don’t extend to the battlefield. If you’re a solider on the front line, your risk of death increases significantly, and many insurance policies won’t cover you for this. This is true even if you’re not in active duty at the time you take out the policy. More importantly, it also applies to correspondents and journalists.

You don’t invalidate your policy by going to a war-torn country and reporting, but if you die resulting from that trip, your policy will not payout.

Your life insurance policy likely won’t pay for dismemberment or critical illness, but there are additional policies and add-ons that will provide cover. You can get these alongside permanent life insurance and term life insurance to provide you with more cover and peace of mind.

They will come at a significant extra cost, but unlike traditional life insurance, they will payout when you are still alive and may make life easier after experiencing a tragic accident or serious illness.

We recommend focusing on getting life insurance first, securing the amount of coverage you need from a permanent or term life policy, and only then seeing if there is room in your budget for these additional options.

We have recommended life insurance many times at PocketYourDollars and will continue to do so. We often state that it is essential if you have dependents and want to ensure they’re cared for when you die. But as much as we recommend it and as simple as the process of applying often is, there is one simple fact that we often overlook:

It’s a stat you may have seen elsewhere and it’s 100% true. However, contrary to what you might have heard or assumed; this is not the result of a refusal to pay the death benefit when the policyholder passes away. Sure, this accounts for some of those non-payments, but for the most part, it’s down to one of the following:

The Policyholder Survives the Term

The majority of life insurance policies are set to fixed terms, such as 10, 20 or 30 years. If anything happens during this period of time, your loved ones collect your death benefit, but if you survive, the policy ends, no money is paid out, and if you want another policy you will need to pay a larger sum.

The Policyholder Accepts the Cash Value

Whole life insurance policies are like investments crossed with life insurance. Your loved ones get a death benefit if you die, but it also accrues interest and can be cashed out. When this happens, the insurer collects, you get a sum of money, and it feels like a win-win, but in reality, the insurer has just dodged a bullet.

As soon as you stop making your premium payments, you lose cover and you run the risk of your policy being canceled. This is true for pretty much any type of policy and it happens regardless of the policy term.

This often happens when individuals take out substantial life insurance policies at a young age, only to suffer drastically changing circumstances. Imagine, for instance, that you’re 20-years-old and you buy a house with your spouse-to-be, with a view to settling down and starting a family. You assume that you’ll need it for a long time, so you take out a 30-year-term.

But 10 years down the line, your spouse leaves you, the family you wanted didn’t happen, and you’re all alone with no dependents, and with growing debts, bills, and obligations. At that point, life insurance becomes a burden, so you may stop making payments, thus allowing the insurance company to profit from 10 years of insurance premiums.

Summary: It’s Not That Cut-Throat

You don’t have to look far to find consumers who feel they have been wronged by life insurance companies, consumers who will expend a great deal of time and effort into calling out these companies for their perceived wrongdoings. But they often exaggerate the situation due to their extreme anger and this creates unrealistic anxieties and expectations.

The truth is, while there are people who have been genuinely wronged, they are in the extreme minority. The vast majority of family members who were refused a death benefit were let down by the policyholder and by the lies they told on their policy.

Policyholders lie about their weight, smoking status, and medical conditions, and when caught up in this lie, they often claim they made an honest mistake. But the truth is, most life insurance companies will overlook simple mistakes and only really care when it’s obvious that the policyholder lied.

And let’s be honest, it doesn’t matter how forgetful you are, you’re not going to forget that you’re a chain smoker, alcoholic, drug user, extreme sports fan or that you recently had a medical crisis!

If the policy was filed honestly, you shouldn’t have an issue when you collect, even if it’s still in the contestability period. As discussed above, life insurance companies stack the dice in their favor. They use statistics and probability to carefully set the premiums and benefits, and they rely on policyholders forgetting to pay and outliving the term. They don’t need to “rob” you in order to make a profit. So, be honest when applying and you won’t have anything to fear.