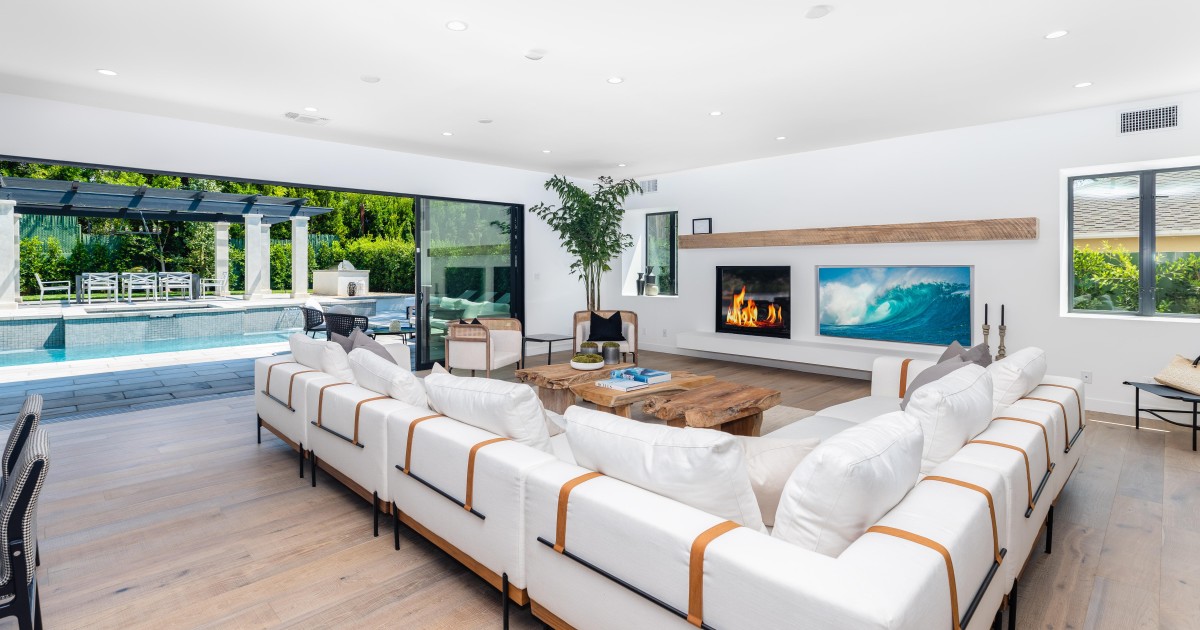 Former Indiana Pacer Austin Croshere has a new home court in his hometown of Santa Monica. The veteran big man just paid $4.6 million for a modern farmhouse near Crossroads School, where he played high school ball before a long career in the NBA.

Found a block from Brentwood Country Club, the house underwent a remodel this year that added French white oak floors and Italian tile across 3,652 square feet.

Elsewhere are four bedrooms and 4.25 bathrooms, including a primary suite with a steam shower, spa tub and porcelain tile balcony.

The backyard had some work done as well; it tacks on a remodeled swimming pool and spa, a covered dining patio and a fire pit. Giant hedges privatize the space.

Croshere, 45, enjoyed a 12-year career in the NBA, spending most of his time with the Pacers alongside stints with the Mavericks, Warriors, Bucks and Spurs. The 12th pick in the 1997 NBA Draft, he helped lead Indiana to the NBA Finals in 2000, where it lost in six games to the Lakers.

Last year, he offered up his contemporary home perched in the hills of Malibu for $5.7 million, The Times previously reported.