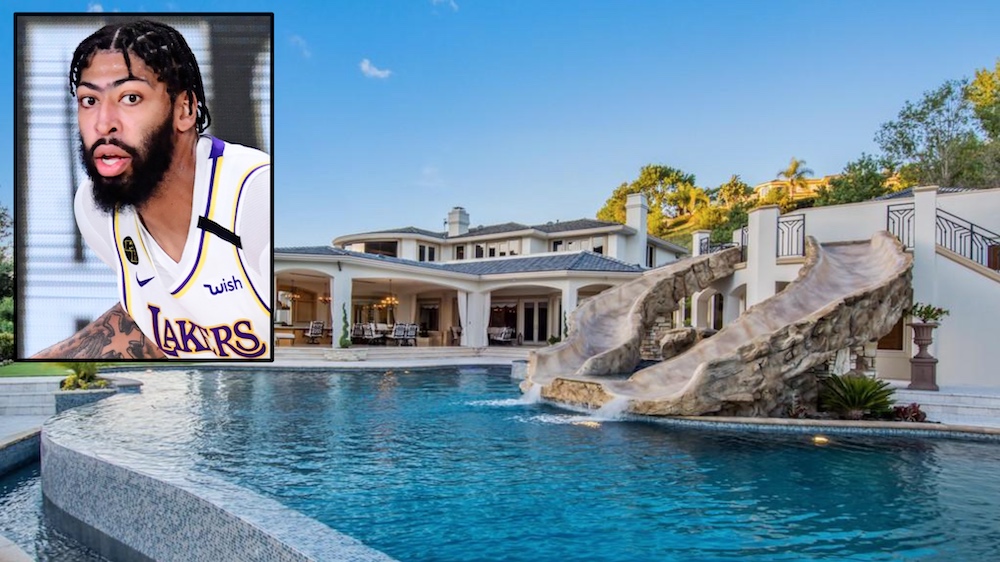 The NBA All-Star Anthony Davis has sold his trophy home in Westlake Village, CA, for $6.6 million, the Los Angeles Times reported. The Los Angeles Lakers center let the place go for a loss. The massive property last changed hands in 2018 for $7,479,000, according to realtor.com®.

Davis apparently nabbed the property while he was still playing for the New Orleans Pelicans. He then attempted to flip the home this spring for just under $8 million.

He cut the price in October to $7.5 million, and it sold at the end of the year at the even lower amount, leaving Davis with a rare loss—in real estate, at least.

Perched in the guard-gated North Ranch Country Club Estates, the 15,815-square-foot residence offers five bedrooms, six full bathrooms, and two half-bathrooms. Built in 1996, the contemporary Mediterranean has been expanded and remodeled over the years.

The property is clearly designed with a basketball star in mind. The layout includes a full indoor court and sports gym.

You enter from a motor court into a grand, two-story entry, and the floor plan includes formal living and dining rooms. A remodeled kitchen, with granite counters, double islands, and a pantry, adjoins a breakfast nook. The enormous master bedroom includes a fireplace, en suite bathroom, and walk-in closet.

The 2.33-acre spread has an infinity-edge pool with dual slides, water features, and spa. The resort-style grounds continue with a covered outdoor kitchen, manicured turf, sundecks, and sunken trampoline.

But “The Brow” isn’t without a place to rest his head. He had been renting a swanky Bel-Air mansion for a steep, $50,000 monthly lease, according to TMZ. The six-bedroom baller estate in a gated community features a gourmet kitchen, gym, pool, and basketball court, which he seems to prefer on his properties.

A native of Chicago, Davis, 27, was selected by the New Orleans Hornets (now Pelicans) in 2012. The seven-time All-Star was also named the All-Star Game MVP in 2017. He moved to the Lakers in 2019, where he helped the team clinch the NBA championship in 2020.

Jordan Cohen, estate director with Re/Max One, held the listing.