Delinquency rates for mortgages secured by hotels rose during December compared with November, but the performance of retail property loans improved, a trio of reports noted.

But when it comes to late payments for all property types, the three reports — from Fitch Ratings, Trepp and the Mortgage Bankers Association — diverge in their results due to differences in methodology and scope. Fitch and Trepp only measure commercial mortgage-backed securities while the MBA includes other capital sources.

As a result, Fitch reported a 4-basis-point decline to 4.69% in December 2020 among the deals it rates, from 4.73% in November. However, that number was a sharp increase from the 1.45% recorded at the end of 2019. This was due to strong new issuance volume during the month, Fitch noted, adding it was the second consecutive month of decline. 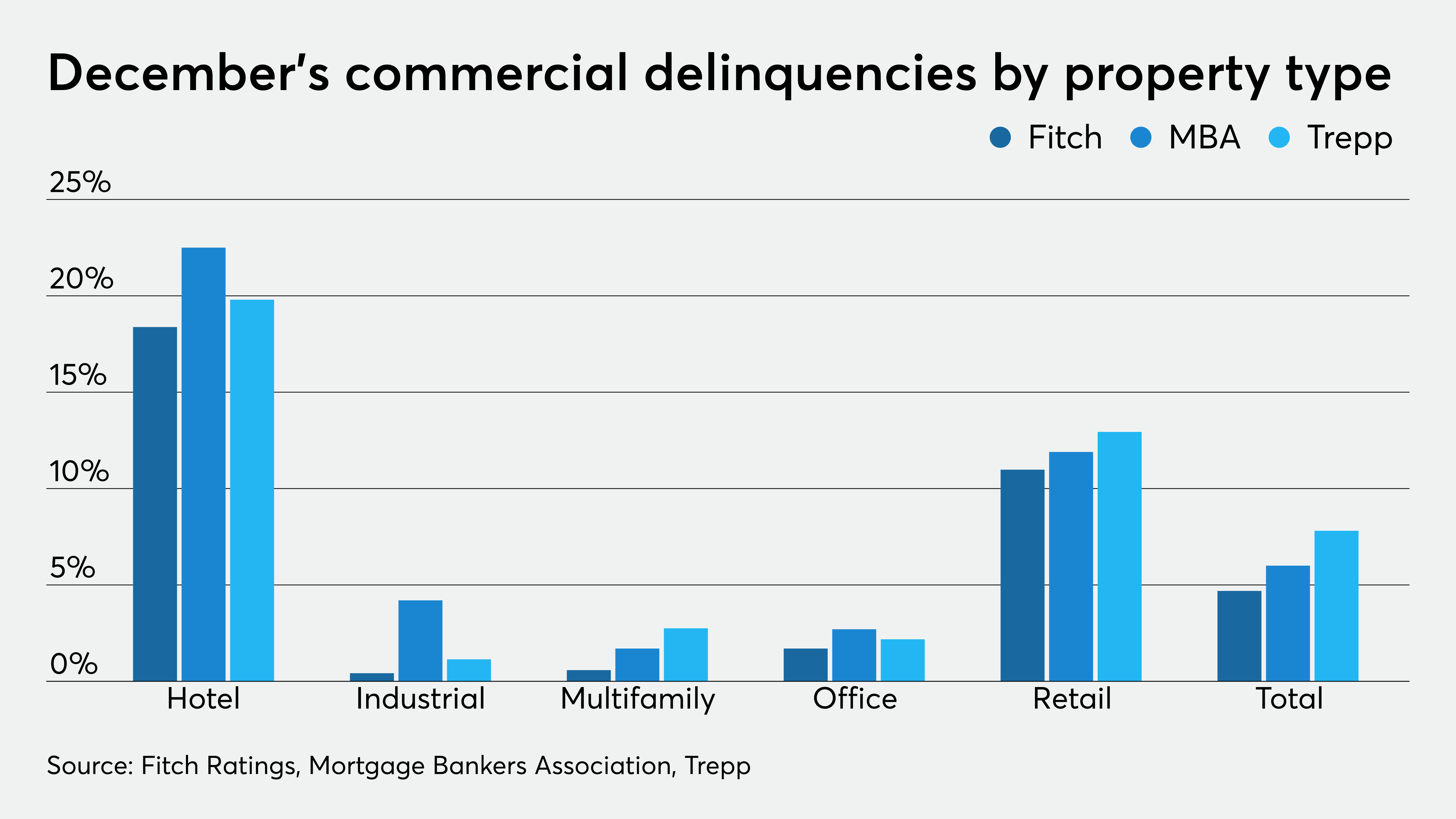 The MBA’s CREF Loan Performance Survey reported that approximately 6% of these loans were late on their payment in December, up from 5.7% in November. However, the increase was almost entirely from newly delinquent loans, as those reported less than 30 days late on their payments rose to 1.5% in December from 1% in November. The MBA started surveying this data in April.

“For several months, delinquency rates declined as the economy stabilized. But more recently, the added stress from a winter wave of the virus has weakened the economy and challenged some owners, as property income has been disrupted,” Jamie Woodwell, the MBA’s vice president of commercial real estate research, said in a press release. “The roll-out of multiple COVID-19 vaccines is good news for the long-term, but last month’s rise in commercial mortgage delinquencies reinforces that many challenges remain between now and when the economy can fully reopen.”

For mortgages in CMBS only, the MBA’s survey found a slight increase in delinquencies, to 10.5% in December from 10.4% in the prior month.

But for retail, the other property type hardest hit by the pandemic, all three measures reported an improvement in performance on a month-to-month basis.